A Closer Look at the Timeless Beauty of Tribal Rugs

Female weavers from these groups don’t make tribal area rugs with conventional motifs. As a result, each piece looks distinct and showcases the weaver’s story and creativity. This means that tribal rugs have flaws, but these little imperfections only make them more exquisite.

If you’re thinking about adorning your home with tribal-style rugs, read on to learn more about these eye-catching pieces.

What’s the History Behind Tribal Rugs?

Tribal rug weaving started with the tribes settling in the Caucasus Mountains. Most of these groups had their own rug weaving traditions. The Caucasian peoples stayed in the mountains while creating these rugs, and they produced 85 styles of rugs. Each style has its distinct design, color, and form.

Persian tribes also wove tribal rugs. Moroccan traveler Ibn Battuta also saw the beauty of Persian tribal rugs up close. In fact, the explorer even shared how he saw a green rug laid out for him during his visit to the Bakhtiari governor.

The significant variety of Persian rugs came from the following groups:

All of these groups created unique and vibrant rugs. Back in the 5th century, the Greek historian Herodotus even complimented Armenian rugs for their vivid, timeless hues.

Vintage tribal rugs weren’t known globally until the 1960s and 1970s, though. At that time, collectors considered art from indigenous people in high esteem. Major auction houses would always bring in many tribal rugs and sell them to the highest bidder.

The number of tribal-style pieces in the past is a stark contrast to the tribal rugs today. In fact, museums are putting these antique rugs on display.

How are Tribal Area Rugs Made?

Weavers produce tribal-style rugs out of wool, with some artisans using camel or goat’s wool. The western tribes used the knotted pile technique to create tribal rugs. However, historians have found little evidence of these knotted pile rugs. We could only guess when the rug was first created. But history proves that the nomadic peoples learned about the knotted pile method before anyone else. 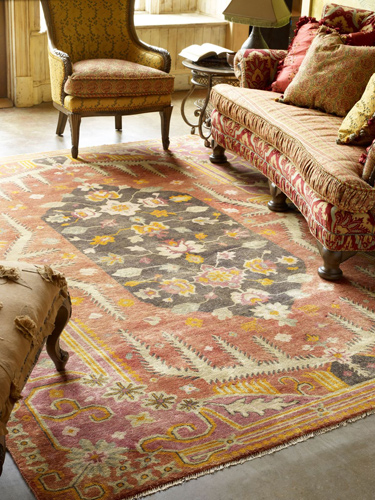 What are the Patterns on Tribal Rugs?

Tribal-style rugs have a variety of designs. Often, these rugs have several repetitive patterns in one field and use various colors.

What are the Different Types of Tribal Rugs?

Caucasian and Persian tribal rugs come in 12 distinct styles. Here’s a closer look at each of these rug styles.

Weavers from the Qashqai confederacy in Southern Persia’s Zagros mountains created Qashqai rugs. These rugs have rich and saturated natural dyes. Qashqai weavers often use vivid indigo, ivory, and red hues then add in other complementary colors to complete the look.

These rugs usually include plant, bird, and animal motifs.

Afshar rugs get their name from the Persian tribe settling in Iran. These tribal rugs were woven by the Kerman people, the largest and most dominant group in the tribe. Afshar rug patterns range from geometric motifs to extremely stylized floral designs. 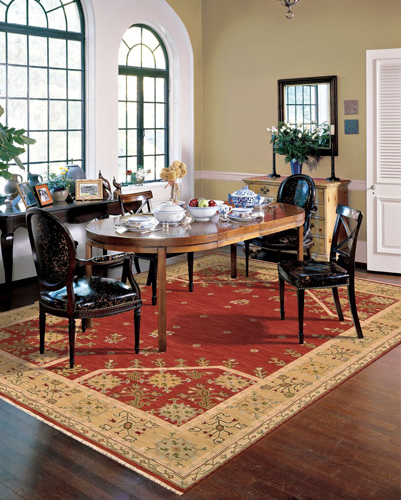 Khamseh rugs were made by weavers of the Khamseh confederation from Southern Persia. This group produced various rug designs with Turkic, Turkoman, and native Persian-influenced rug motifs and designs.

Central medallions, overscaled boteh motifs, and repetitive floral patterns are some of the styles you’ll find in these Khamseh rugs. The artisans wove different ornaments into their rugs and complemented them with saturated, naturally dyed colors.

Shirvan rugs come from the Shirvan district in the east of the Caucasus Mountains. These rugs have a wool warp and cotton weft, and are finely crafted. Shirvan weavers incorporate eye-catching patterns such as ornate flowers, animals, and polygons into these pieces.

Nomadic and village-dwelling tribes in the highest regions of the Caucasus Mountains produced Kazak rugs. They used high-quality dyes and a range of colors to make these pieces.

Kazak rugs have loose knots and thick wool piles, with elemental and open designs. Kazak rug designs are striking and graphic, and weavers combine them with traditional and rich primary colors.

Karabagh rugs were named after Karabakh, the district where these pieces were woven. Karabagh tribal rugs come in deep, earthy palettes, with deconstructed animal patterns.

Some Karabagh rugs showcase patterns like ancient Christian symbols, and other pieces have lavishly ornate motifs. The Russian-Georgian style influenced these elaborate patterns. 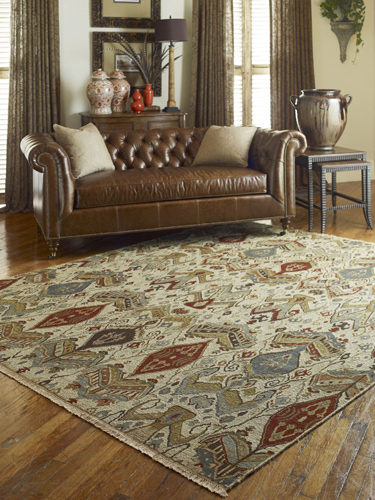 Weavers took designs from the Kazak, Karabagh, Shirvan, and Baku areas and replicated them using a finer weave. Gendje artisans also made runner rugs with these designs.

Daghestan rugs were made in the northernmost regions of the Caucasus Mountains between the 17th to the 19th century.

Weavers from the Caucasian town of Kuba created Kuba rugs. These rugs borrowed designs and themes from the Daghestan, Shirvan, and Baku areas. Kuba weavers took inspiration from these elements while still sticking to their style.

Detailed designs are the most prominent characteristic of Kuba tribal rugs. Fine knots and closely sheared piles showcase these motifs. Moreover, these rugs were made from natural dyes with vibrant colors.

Bakhtiari rugs were made by the nomadic Bakhtiari tribe. At first, weavers created these rugs for the tribe. However, later creations had distinct and stylized geometric floral motifs influenced by rug-producing regions near the Bakhtiari. 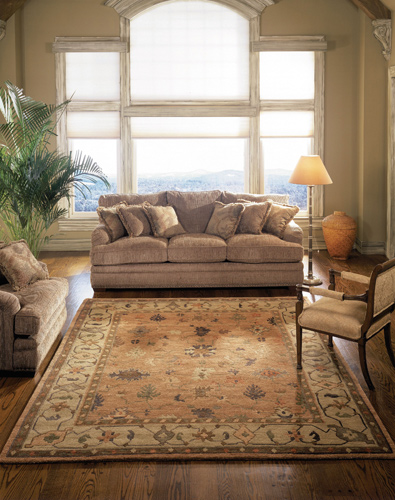 Northwest rugs are produced as runner and area rugs. These pieces are thick and made of cotton.

Shahsavan rugs were woven by people from eight different tribes in Anatolia, Syria, Karabagh, and Turkmen. Rug artisans used a broad color palette for the finest Shahsavan tribal rugs. Their creations also displayed captivating and beautiful geometric patterns. Only a few of these rugs exist today.

The variety of intricate designs and rich hues in tribal rugs can lend an artistic, colorful touch to any room. If you’re looking for a unique piece, Cyrus Artisan Rugs offers tribal-style pieces with eye-catching patterns and colors. Browse our online inventory or visit our showroom today to find the perfect tribal area rug for your space.

Articles Under
Our Rugs, Rug Trends